When my husband and I wed 12 years ago, it was the start of a great life together. It also would be the start of a struggle financially for the next decade. This caused an extensive strain on our relationship, but luckily we were able to climb out stronger together.

Last summer my husband and I became debt free. It’s hard to believe that we would have ever climbed out of the debt hole we were stuck in, a debt that was overwhelming and leaving us living paycheck-to-paycheck.

How did we become debt free in one year? Here are some methods that we used and that may be helpful for you: 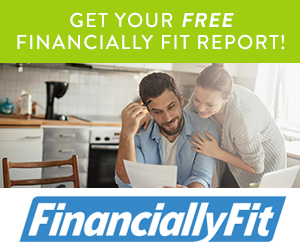 This was a crucial part to getting out of debt for us. SMART is a best practice framework for setting goals. Before we started jumping in to what we needed to do, we needed to have an overview for what we expected to accomplish.

We Listed Our Debt:

It was overwhelming at first, but there is something about seeing it all on paper that helped keep us on track as we paid them off. Every bill was listed, starting from the smallest to largest amount – as well as credit cards listed with highest to lowest interest. We didn’t start paying off debt until we created the budget (see below), but the best way to pay off debt is allotting a certain amount each month in your budget for paying down balances. As you pay off debt, check it off.

We Created a Budget:

As I mentioned above, you can’t create a budget until you have listed your debt. We used a zero based budgeting system. Zero-based budgeting is a method in which you count all money coming in, every single penny. You then list all your expenses and should equal to a total of 0 at the end of the month. So again, all money is accounted for and you should have no surprises at the end of the month in regards to where your money is going. We also ensured that we were saving a bit each month to put into our savings account.

We Picked up Extra Work:

This was a team effort. My husband picked up more hours at work as well as a part time job every other weekend. As a freelance writer, I picked up more clients. All the money that came out of the extra income was split in half, half into savings and the other to pay down debt.

We Got Rid of Unnecessary Bills:

This was the toughest on all of us. There are many things around your home and in your life right now that are not a necessity, but a luxury. You can get your life back, after a bit of sacrifice. So what did we cut?

What helped us was persistence in knowing that what we were doing was not only for us, but for the better of our family.

How We Became Debt Free in One Year
by CraigZabojnikUSAA